Sorry but cheaply made crap, it may have a idler drive but doesn't perform well. Bearing is cheap and noisy, arm is a joke, only really suitable for a ceramic cart.
Top

Cheaply made crap indeed! Has anyone here even SEEN one, let alone owned one (in a Hacker record player) and taken the sodding thing apart. The SP25 series using the same basic chassis as the 2025TC was the go-to deck for all basic stereo's fifty years ago

This deck is one of the later 'Autoslim' based models and was designed mainly as a cheaper replacement for the then famous 3000 model (which had fitted a 9TA-HC usually, although this one had half inch mounts for other cartridges) which could sound so fair in an HMV Stereomaster of the mid 60's. The T arm was low mass (a bit too low for ceramic types I believe), but with the Acos 96 as mine came with, or the GP104 or Sonotone 3559/KS41C which fitted the slim 'headshell' precisely, the sound wasn't all bad and it could track down to 3g or so quite safely. Main issue is that the slim headshell won't take half inch cartridges and the hum field from the two pole motor doesn't apparently lend itself to magnetic pickups even if the arm could accept one. Major selling point was the cueing device (the 'C' in the TC monika) which the 3000 lacked in most versions outside of the US. This model became very popular in the early 70's in low cost stereo sets and I reckon many of them were sold back then.

If you want cheapo auto decks to play with on your way to a proper idler driven one (Dual and maybe a Lenco ), then join Vinyl Engine, download the related SL65 service manual (same mechanism but different platter, arm and motor) and have some fun watching and learning how this thing works! All of these need stripping down and old grease cleaned off, but it's all on VE in many threads and no point in repeating it here. You'll learn a lot from this old changer if that's what you want to do and my boyhood 'adventures' messing with the likes of these taught me a hell of a lot...
Top

I sold hundreds of them at G W Smith & co (radio) ltd and latter when they took over Lasky's under the Lasky's name, and I say again they are cheap crap, the minimum Garrard to have was a SP25, at least the arm would take a mm cart. They were designed for and used in cheap record players, better ones had BSR or SP25. They were real starter system fodder used with Amstrad or Teleton amps.
Top

We (I mean my parents) purchased a Bush radiogramme in around 1972 and it had a Garrard 2025T as opposed to a 2025TC - does anyone know the difference - presumably the 2025TC is a better version, but in what way?
Top

Google is your friend.
Top 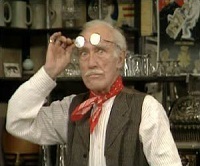 I remember a few "non audio aware types" with these back in the day. They were popular in cheaper radio/stereograms and portables. As a fun project you can't really go wrong with one as there's nothing lost if it all goes pear shaped. Have fun

I told you lot the effin difference above - the 'C' was the added cueing device!

The original 2025 had a cast tonearm but larger platter and the 1025 a small platter and optional battery motor. Same mechanism otherwise. In the early 70's, Garrard shared the 'T' arm over the three models, probably to use up parts, as they often did this.
Top
Post Reply
9 posts • Page 1 of 1