Urgently required. Much of UK rail infrastructure is Victorian origin. Few people outside the rail industry (I was in it for 20+ years) realise that demand on the current system is way beyond what it is realistically capable of, and it gets worse every year. It's a no-brainer; if we want a productive, prosperous nation, not just London, then projects like these must happen...
I am in the hi-fi trade
Status: Manufacturer
Company Name: NVA Hi-Fi
https://nvahifi.co.uk/
Top

Overall I'm in favour despite being relatively close to the proposed route. We have to invest in infrastructure and it's either rail or roads. As usual we'll probably mess it all up as we have with energy policy.

I find this hypnotic https://www.youtube.com/watch?v=ytAKrltE5iE
Top

HS2 is under review. An answer by Christmas or so they say. 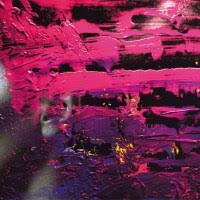 It's a waste of money. Extra speed is not required. Extra capacity could more easily be honed into the existing west coast line building on less valuable land. The northern east west link appears a more sensible place to spend money. They can't even trump up enough cash to electrify the line into Bristol while spending billions on this white elephant. Improving the railways does not require digging up half of central England.
I Know What I like (In Your Wardrobe)
Top

Couldn't agree more classic but then i am being a bit of a nimby over this. I would still be against it though even if it didn't come near my house (100 metres away).
DIY inspired by Richard "The Doc" Dunn RIP
Top

I am probably the only member here directly affected by this. They even want to compulsory purchase a small part of my front garden because the road has to be moved to go under the line which is on stilts at this point. I also have an agricultural field which the line runs right through.

I realise that progress must happen to satisfy capitalism but it has been a cause of much stress and i have been in limbo for years. I love my house and didn't want to move. At the same time i can not find a comparable property in the area. We were going to have an extension put on but that has been put on hold. You see phase 2 has not been finalised yet. Bits of the design keep changing.

The whole area will be rejoicing if it gets scrapped. We are not even on a high speed part of the line, just at the very end where it connects to the existing rail network.
DIY inspired by Richard "The Doc" Dunn RIP
Top

I guess it's the 'not knowing' what's happening that really grates, and like you said an extension has to be put on hold.
Top