As a side line I’ve had a complement from a fellow diyer who could tell the semi omni worked in my room compared to traditional PnS. Just to get it better for me I’ve removed the mid bass units and am listening to the tweeters only- enlightening as they sound shocking- so meddling with various unit, resistors and caps …..ahhhhhh

Yes I am still going with spheres, I just didn't want to cut any holes until I was completely sure which driver(s) I was using. The steel hemispheres whilst not astronomically expensive are more than a 30cm2 piece of plywood. Don't want to be wasting them.

I think listening to tweeters on their own will always sound awful - it's the same when only listening to mid bass. I wouldn't draw too many conclusions. What frequency do you have them crossed over - about 5-6 kHz ?

The problem with tweeters and first order filters is distortion which swamps detail. That is why adding more of them helps because the work is shared out. I ran into problems with reflections because mine were af 90 degrees from each other and pointing at nearby walls etc. Yours are both firing forwards so I don't think you will have that particular problem.

My move to a tiny 2' cone full range has been one of the best decisions I have made. Less distortion from covering lower frequencies, I only need one so no multiple driver comb filtering etc, it's forward firing so fewer reflections from the walls (better imaging) and I still don't need any padding resistors because the volume from each driver matches really well.

Got it all back together now- I’ve played with wadding to my tweeter pod as there was a hollow tin bucket resonance and used 2 different tweeters- usual silk dome at 3.3uf and a cone tweeter at 4.7uf with 10ohm padding- so far so good- much more ‘even’ sound - more later when I spin the acid test turntable

"Nearly all of my woofers are made with a phase plug. There are several benefits in the way that it is done. First, it is part of the cooling system. The VC windings sink heat into the aluminum former. The former sinks heat into the full copper sleeve on the pole quite quickly. There it is dissipated into the large steel pole. The phase plug then pulls heat from the steel pole where it can be sent to the external air instead of into the enclosure like in a traditional vented pole. This whole process increases the power handling of the driver and lowers power compression.

The biggest benefit though is to extend the clean upper end response. This is more about eliminating the dustcap than adding a phase plug though. The dustcap is always responsible for some kind of breakup mode. The frequency it is at depends on the size, thickness, and stiffness of the dustcap. I've measured drivers, the 18sound 6nd410 for example which had a breakup peak of nearly 15dB at 4500hz due to the dustcap! Removing the dustcap got rid of that resonance. Even if crossing a full octave below with a high order crossover, the resonance is still problematic. Especially in a driver with high 2nd harmonic distortion. The harmonics of the fundamental tones below the crossover will excite the resonance to levels higher than the fundamental in some cases. EQ can do nothing to prevent those resonances from being excited. Damping the dustcap will shift or lower the magnitude of the resonance but it will still be there. Eliminating the source of the resonance, dustcap in this case, is the only clear solution.

Don't know if I have linked to this article before. I have read it several years ago but didn't understand it as well as I do now. It examines what happens when you add mass or series resistance to modify a drivers behaviour. It does not mention the transient response after adding mass which is generally known to be detrimental.

After the recent playing about with my B&W P4 speakers the direction of these spherical semi omni's has become more clear to me.

o Use the B&W 6.5" drivers or others of similar or better quality.
o Get the down firing bass driver as low down and as close to the interface where the wall meets the floor as possible to benefit as much as possible from the boundary reinforcement - 3dB from floor + 3dB from the wall. This will only be in the baffle step region.
o Load the bass driver in a front horn type situation where it fires into the top of a 30cm hemisphere or is really close to the carpet
o Use blu tack if I have to for increasing qts of the driver or dealing with any break up modes or lowering sensitivity small amounts if needed
o Low pass 1st order passive line level filter on the bass driver about 300Hz
o) Cross to an up firing mid driver of good quality which has a smooth frequency response.
o) High pass the mid with a 1st order passive line level filter. Avoid a low pass on the mid if it is well behaved enough and use it's acoustical roll off.
o) Use the SB Acoustics 2" cone as a tweeter in a smaller sphere possibly with a TL tail made out of Ikea kids table leg. Stuff it progressively so nothing comes out the end.
o) High pass the 2" somewhere between 5 & 7 kHz depending on the behaviour of the mid and getting the two drivers within 1/4 wavelength at xover frequency. That might be impossible but I try and get it as close as possible
o) Try and engineer a Fletcher Munson type smile shaped frequency response. You might think I am mad but I only listen at lowish volume and so the bass and high treble need to be up in relation to the mids.

Latest driver under consideration at cow pat audio is a Scanspeak

Getting into serious driver snob territory here and my cheapskate ideals are being stretched to breaking point. 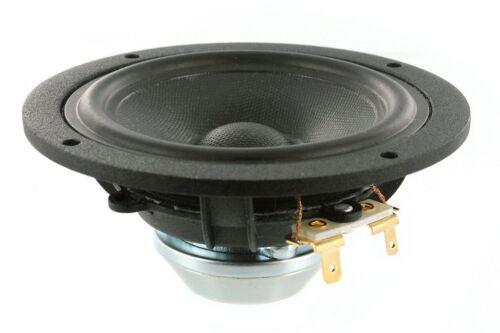 "This driver features very low distortion indeed, much better than many tweeters can do.
How about a 2-way from a 6" midbass and the 10F covering the 500-16000 Hz range? No crossover in all of the treble range!
Well, well, well, this driver certainly has many applications"

This driver might enable a simplified 2 way with mid bass firing up and the 10F forward firing in a sphere or tapered TL tube.
DIY inspired by Richard "The Doc" Dunn RIP
Top

Believe it or not the crossover below is 1st order. It's full of impedance correction, all pass sections etc. Is the result worth it ? 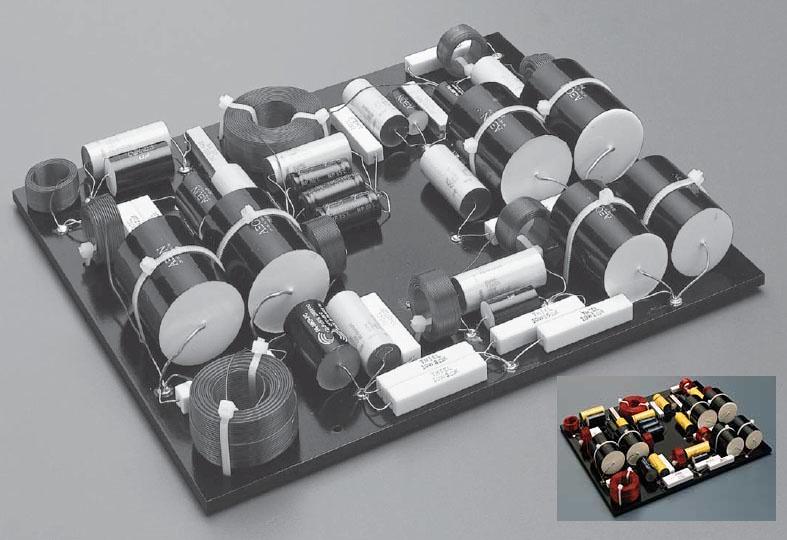 How many hours it the day do get on that farm, for most of us it's 24, you must get double that with everything you're doing Stu.
Top

I never sleep Dave. Life is so short you have to make the most of it.
DIY inspired by Richard "The Doc" Dunn RIP
Top
Post Reply
1761 posts