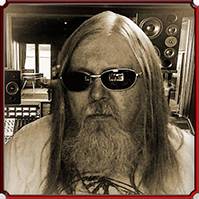 I've got a 2016 Gibson Les Paul Standard and there are no fancy leads involved.
I know Gibson produced some stereo hollow body models (ES-345 & ES-355) but apart from "artist" specials, like the B.B. King "Lucille" I thought they phased them out by the end of the seventies. They were also fitted with a "Varitone" switch, which was almost universally hated. Apparently, people were paying to have their ES-345 TDSV and ES-355 TDSV guitars converted to mono because: a) why faff about with one "special" guitar in your collection and b) they actually sounded better in mono and with the Varitone ripped out. The Varitone switch has popped up since on the odd model here and there I believe.
I may be wrong, but I think that's what I read. Gibson does some weird stuff at times though, and I obviously don't know the specs of every model. There are also some very good fakes out there.
Amps - NVA P50, A30, A40, Stanislav Palo Tube Headphone Amp BB 85
Speakers - Monitor Audio Silver RX2
Cables - NVA LS1+LS3, SSC, Gotham S/PDIF, IBRA Optical
Digital - NAD C516BEE, SONY ST-SDB900 DAB TUNER, TEAC UD-H01 DAC
Analogue - Pro-Ject Debut Carbon Esprit SB, Graham Slee Gram Amp 2 Phono
Cans - Grado SR80, ATH-M50X
Top

Been learning a new song for the covers band.

Arctic Monkeys - i bet you look good on the dance floor. Full of young man attitude is this song. Hope i can pull off the angst despite being in my mid 40's

It just so happens that i need to learn it for another band. I have agreed to be deputy drummer for a wedding band. Got my first gig with them in August and have 60 songs to learn. I know a few of them already but still a bit of a tall order to learn them in the spare time i have available and play them well. I dont want to look a plank so am looking for the drum music online - if i get stuck then i can always read it.
DIY inspired by Richard "The Doc" Dunn RIP
Top

Well, now i have so many drums i don't know what do with them. Mostly cheapie's from ebay.

Been learning 2hrs worth of tunes for a wedding / function band. A few really crap tunes amongst them but they will be crowd pleasers. First gig with them at a posh hotel at the end of the month.

...So put another batch in the oven, baby

How did the Arctic Monkeys - I bet you look good on the dance floor - work out for you?

Hey Slinger. The first 8 bars (which gets repeated later on) took a bit of working out. There are some really fast 16th notes on the snare intermingled with kick drum and hihats. Got there in the end although the youtube video with tab that i looked at was wrong. The rest of the song was a breeze.
DIY inspired by Richard "The Doc" Dunn RIP
Top

I needed to have another listen to it, but yes, I can see why the first 8 was problematic, to begin with. At least, going at that speed, any "misses" get covered up pretty quickly.

Glad it worked out in the end. Sounds like you're having fun. Long may it last.

Sometimes it is a matter of brain training and muscle memory. No, it is always about that with drumming. Take a pattern, fill or whatever and repeat it over and over again to a metronome until your brain and limbs remember. It gets smoother and smoother as you practice more and more until you're doing it like a pro.

It is the same with rudiments - single, double and triple stroke rolls, paradiddles, flams, ruff's, drags, paradiddlediddles etc. They need practicing constantly for them to flow well at speed. There is a lot of work in a back room or locked in a rehearsal room alone that people don't see.

Drums are a mystery to me. I've played stuff you can pluck, finger, blow, and strum, but never anything that I needed to hit, except in frustration.

Had a rehearsal with new wedding band. It went really well and they could tell i had done my homework. Had to learn 2hrs worth of songs

First dance for the next gig is Aerosmith - Don't want to lick your minge.

What a truly awful song but i guess its a good slowy for the newly weds.
Another one we are playing is Mark Ronson & Amy Winehouse - Why dont ya come all over Valerie

You can always tell which songs a band likes playing the least by the puns they make out of the titles.