Looking forward to the 3rd Trekkie Movie......Sad news about Chekov.

Well this mornings Queen Session, has me hankering for yet another swatch
at the cult classic... 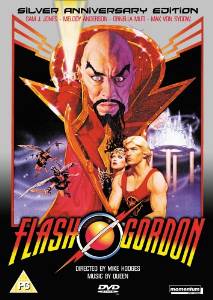 Seeing this thread reminded me of watching my favourite film Zulu a couple of years ago in HD, and the landscape shots were break taking. A 1963 film in HD, how do they do that?
Top

There is a lot of data in a 35mm or 70mm film frame, more than gets transferred to the second and third generation copies so I assume that they work with the original when creating the digital version. That way the capture detail that never got as far as the cinema. Analogue copies, created to allow TV broadcast, will lose masses of data as the old 625 line system is very low resolution compared to 1080 let alone 4K.
Top

"Zulu" is a Classic.

"A prayers as good as a bayonet, on a day like this" (Sergeant Bourne).

Looking forward to the 3rd Trekkie Movie......Sad news about Chekov.

I watched The Revenant last week and really enjoyed it. That was one realistic bear attack! Not so sure old Leo could have survived so long in such a freezing river, but nonetheless a good film.
Top

I look forward to seeing it.

Return to “Multichannel and Movies”